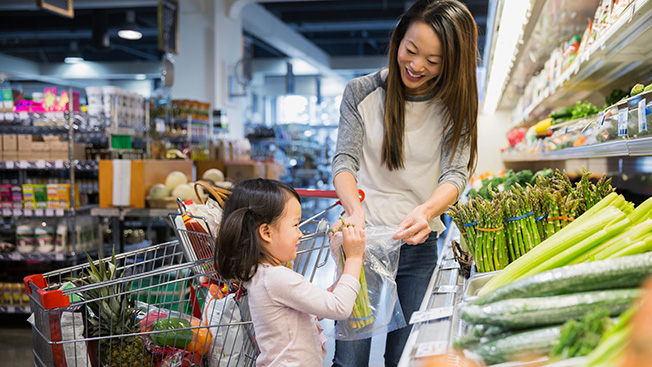 “But behind all your stories is always your mother’s story, because hers is where yours begins.” – Mitch Albom, For One More Day.

With Mother’s Day approaching on the 13th of May, we thought it fitting that we honour some of the strongest moms out there: single moms. Raising a child is no easy feat – whether you’re raising your child with the help of a partner, or family, or all by yourself. Added to that, single moms often have the added burden of dealing with the social stigma that often comes attached to the role of being a mother raising her child on her own.

We spoke to three young Malaysians who were raised by single mothers about the lessons they’ve learned, the people they’ve become, and the unbreakable strength of a mother’s love.

What are some of the most important lessons you’ve learned from being raised by a single mom?

Veronica: One of the most important lessons I learned was how to prioritise. My mom runs her own business so she had her office at home. She was taking care of me in school, while also taking care of my uncle who has Down syndrome, and my elderly grandparents all under the same roof. Through all the family and work shenanigans, she always had time for everything because she set her mind to it. Work hard, play hard. She could fit her meetings, computer work, cleaning the house, cooking and making sure I finished my homework all into one day.

Adli: I’ve learned a number of important lessons from being raised by a single mom. Firstly, that women are strong. Like, really strong. Secondly, there will be sacrifices that you will have to make that people around you might not understand, but do it anyway because you have to. And lastly, she taught me to be strong and to never let anyone push me down.

Ru Wong: I was taught to be courageous, selfless, kind, humble and most importantly, independent. My mom is the most hardworking person I know, who showed me she didn’t need a man to be happy and successful.

Has it influenced your perception of what ‘family’ means? If so, how?

V: It hasn’t exactly changed my perception of what a family is. But through everything, one thing is for certain: family is whoever you want it to be, it doesn’t have to be a blood relative. I remember in primary school we would sing songs and write in workbooks about dad going to work while mom stays home to clean the house. To me, that was always total BS, because my mom was both parents in one.

A: Oh yes, it has, on many different levels. It made me realise that family is more than just your parents. Through those difficult times that I went through, my friends played a huge role in my upbringing and can definitely be considered as part of my family. Ultimately, it made me realise that the idea of ‘family’ extends beyond just your immediate family, but can grow to include the people that are there for you throughout the hard times.

RW: No. Growing up, people felt sorry for me upon finding out I was being raised by a single mom and I never understood why. I eventually learned what a “traditional” family was supposed to be and realised mine was not one. To me, family is someone that just loves you, and is there for you no matter what – and that is my mom.

How has being raised by a single mom shaped the person that you are today?

V: I have grown up to become someone who believes that women are capable of anything if they set their mind to it. I grew up watching my mom in her home office, being a professional woman and also a homemaker. Many people look down at her for what she does because she’s not in the corporate world. But she perseveres and is one of the strongest women I know. When someone tries to bring her down, she fights her way back up. Looking at all she’s been through reminds me that after a hurricane, comes a rainbow.

A: I do feel sometimes that I am more in touch with my feminine side, probably because I never really had a masculine figure in my life to look up to. As a man, I think it’s a good trait as it allows me to empathise with women more. Importantly, being raised by a single mom also made me more independent. Since I was a little kid, my mum has worked two to three jobs a day to support us – which meant that she didn’t have so much time to spend with us and to guide us in our lives. With that, I had to figure out many things on my own through trial and error. I observed my surroundings a lot more in an attempt to create my own worldview.

RW: She has changed my outlook on life. She showed me that life can be tough, but as long as I grow every day and strive for the best in what I do, everything will be alright.

What do you say to those who may doubt the ability of a mother to raise her child on her own?

V: No one said being a parent is easy. I mean, there are some kids raised by two parents who turn out worse than kids raised by a single parent. Which goes to show, that it really doesn’t matter. People are quick to open their mouths and judge, but think about it this way: Kids are the future of this world. And if there is a single mom out there trying her best to raise her children on her own, whatever the reason may be, we should support her. If not for her sake, but for the sake of her children who will grow up to be productive and contributing members of society. The more support the mom receives, the less stressed she will be. The less stressed the mom is, the happier the kid. Makes sense, right?

A: Never doubt the strength of a mother! She will do anything to keep her children safe and alive.

RW: The stigma and stereotypes that are associated with single moms are unfortunately still alive today, but I think it’s important to look past these doubts and examine the real impact on the children. Many people might assume that two parents are better than one, but that isn’t true at all. Being a good parent is what makes the most difference. By doubting their ability, you’re not acknowledging the love and support that single mothers can provide on their own.

Finally, what’s your Mother’s Day message to all mothers in the world today?

V: To all mothers, I cannot imagine the pain of childbirth. The thought of it scares me to death, so I really cannot fathom how you endure all that and more to bring these children into the world! I salute you! Remember that the world has your back and is here to support you. Happy Mother’s Day!

A: You might know this already, but let me say it again. You are more beautiful, and stronger than you know. No man’s existence (or non-existence) in your life can take that away from you. I wish you Happy Mother’s Day on this day, even though in truth, Mother’s Day is every day. Thank you so much to all mothers around the world! WE LOVE YOU!

RW: Happy Mother’s Day! Thank you for all your sacrifices and hard work. You’ve been exceptional models of what a mother and women should be, and we’re grateful for all your love and support.

Our sincere Happy Mother’s Day wishes to all the moms out there from us here at MissMafia! <3

Click here to read our Mother’s Day spotlight feature with the lovely Zuliana, the mom-preneur behind ‘Before She Pops’ – a premium subscription gift box tailored specifically for mums-to-be!

Hello! I’m Sunita, a proud “dan lain-lain” Malaysian with a passion for feminism and really good char kuey teow. When I’m not rescuing cats or making endless playlists on Spotify, you can find me with my nose buried in a book or glued to my laptop watching cooking tutorials.

Visit My Profile
View All Posts