Not many women know that bras are recyclable and most of the time, old unusable ones get thrown away.

With plastic waste becoming a huge issue, Neubodi created an initiative called the ‘Bra Drive’ to encourage women to donate and recycle their old bras. Ensuring no bras go to waste and that every bra is given a second life either to another woman in need or as recycled materials are the philosophies behind the program.

Most bras are unworn and thrown away

According to Neubodi, one in four women in Malaysia confessed to owning more than 10 bras in their wardrobe. However, more than 80% of them admitted that some of their bras are either brand new or they don’t fit anymore. Only 15% of women admit to recycling and donating these bras away and the rest gets thrown away, contributing to the plastic-ridden dumping grounds. 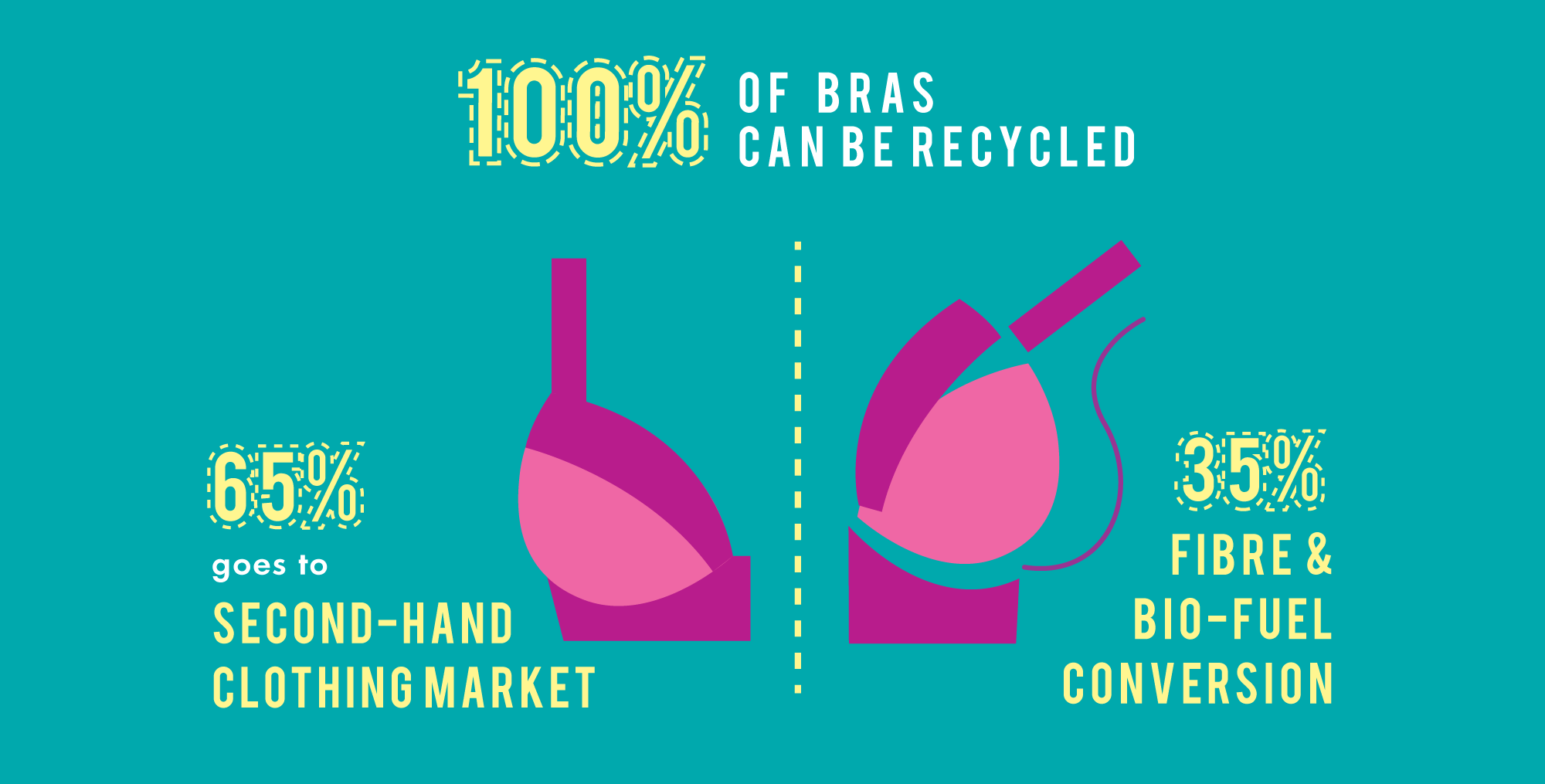 To explain more about the Neubodi ‘Bra Drive’, it’s an annual program that collects second-hand bras from women Malaysia-wide. They’re siphoned out accordingly and wearable bras go to women in rural area and villages in East Malaysia, Africa, as well as Nepal. The unusable ones will be recycled into fibers or fuel to power cement kilns and industrial boilers. 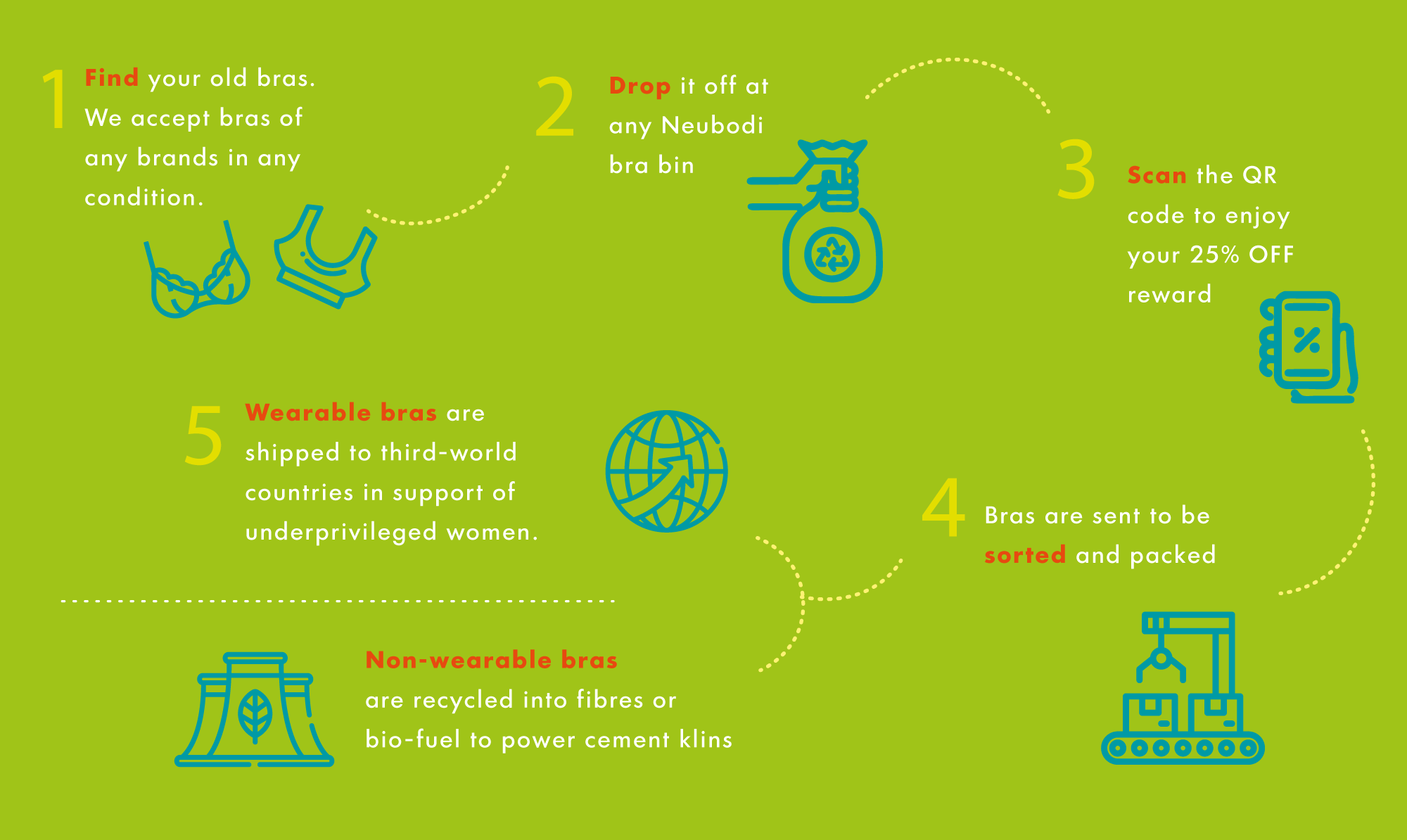 The program even attempted the Malaysia Book Of Records!

It attempted for the largest second-hand bras collected for recycling.

Additionally, the government wants Malaysia to be a zero single-use plastic nation by 2030

According to The Star, Malaysia is the eighth largest producer of plastic waste in the world. Having said that, Energy, Science, Technology, Environment, and Climate Change Minister Yeo Bee Yin shared a plan towards being a zero single-use plastic nation by 2030.

Beginning 1 January 2019, plastic straws will be joining the “ban-wagon” alongside plastic bags and polystyrene food packaging.

The bra bins are located in these locations:

Go forth and donate, ladies!

You may also enjoy: