International Women’s Day is celebrated every 8th March and is the focal point in the movement for women’s right.

It was suggested in 1910 that Women’s Day should be held annually after the first one was organised by The Socialist Party Of America the year before.

Since then, the day is commemorated by bringing awareness to sexism and discrimination as well as celebrating women and girls.

The theme for this year’s International Women’s Day is ‘Balance For Better’, in hopes of creating a more gender-balanced world where equality is normalised.

You can either sip on wine and stay in with your best girlfriends or go out and celebrate the empowering day with these fun events in the Klang Valley all weekend long.

1. Get On Board by Vans Malaysia @ Putrajaya Challenge Park

The first ever ‘Get On Board’ happening on 9th March celebrates the women in skateboarding, hosted by the beloved footwear brand – Vans.

With creative workshops, a live mural jam as well as a live movie screening and more, you wouldn’t want to miss this if you’re into the scene.

A bazaar filled with pop-up stores, workshops, cultural performances and more will be happening from 7th till the 10th of March!

Talks from singer and actress Atilia Haron, international visual artist Sharina Shahrin, and more can be expected as well. 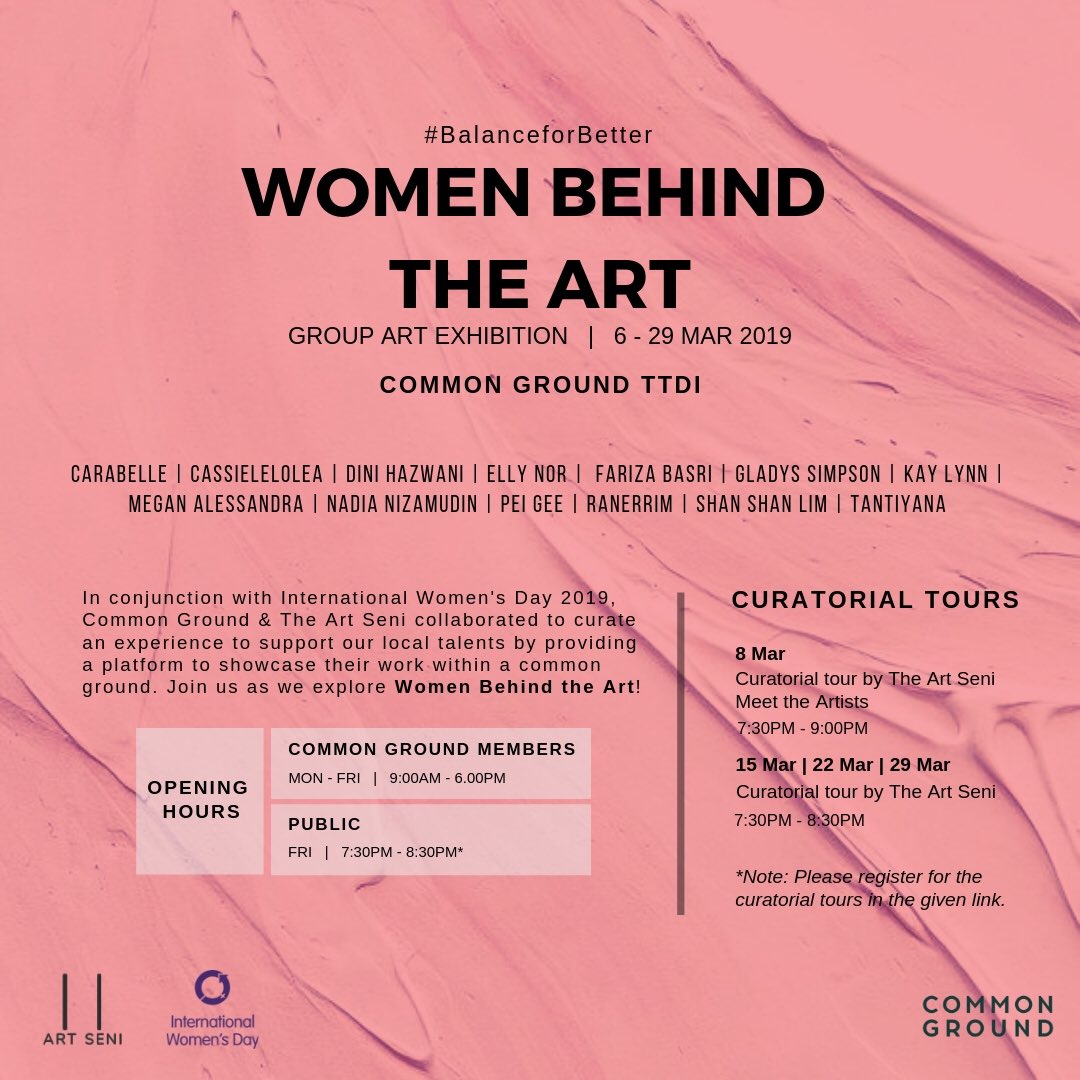 A collaborative effort from Common Ground and The Art Seni brings forth an experience to shine the spotlight on local female artists.

Being almost a month long, it features curatorial tours as well as the opportunity to meet the artists.

5 funny women, 2 nights filled with laughs and maybe a stomach ache from laughing too much after, need I say more?

LOL with Joanne Kam Poh Poh, Sharmaine Othman, Nadia Aqilah, Chelsia Ng and Filzah Azmi as they “give the audience an insight of what gossip sessions are like during a girls night out”.

Happening in two locations – KL as well as Kota Kinabalu, the #WomensMarchMY takes it to the streets to protest and bring awareness to issues such as gender-based violence, child marriages, patriarchy, discrimination, and much more.

As their tagline for this year perfectly puts it; “end violence, respect women”

What are your plans this International Women’s Day? Let us know!

Got a story to tell? Send it to us.